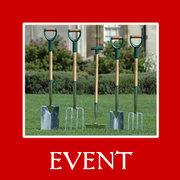 The Shadowmen at the Waterside Theatre - a must see show!

Sole Purpose Productions is delighted to announce that their exciting and
innovative new production premières in October at the newly reopened Waterside
Theatre. The Shadowmen, by Debbie Caulfield and Réa Curran, is a musical
theatre production on climate change. It raises questions through theatre,
music and movement about our changing planet and our ability to survive and
share the planet’s resources.

The show will be performed by a stellar professional local cast, including
Abby Oliveira who is a performance poet with The Poetry Chicks; Jack Quinn who
recently appeared in Big Telly’s stage production of Spike Milligan’s Puckoon;
Sean Donegan who has just returned to Derry from training at The Guildhall
School of Music and Drama and Matt Jennings who has performed in numerous
professional productions. The musicians are Réa Curran who performs with Duke
Special and whose own band The Maximals is making a name for itself; Gary
Cunningham who plays with the brilliant Balkan Alien Sound and Krzysztof
Malinski who has been involved in a number of music projects and bands across
Europe.

Arts Council Drama Officer Gilly Campbell commented: “The Arts Council is
pleased to support this new musical production. Sole Purpose is renowned for
its quality productions and for taking an innovative and imaginative approach
to theatre. The Shadowmen is undoubtedly shaping up to be one of this year¹s
must see shows.”

RSVP for The Climate Change Musical to add comments!